We're open 24/7 and ready to help you during COVID-19 with Sanitization Solutions.

Mildew vs. Mold – What’s The Difference?

Published by SEO on December 29, 2021 in category: Uncategorized 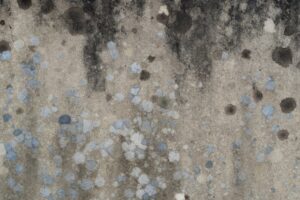 Mildew and mold have a somewhat similar outlook, but both of them are vastly different in terms of what they can do and how to treat them. While both of them are fungi and both of them thrive in warm, damp areas, these are about the only things that the two have in common.

Treatment of both of them differs, so it is important to know which one you are dealing with before you whip out your gloves and mask. In this article, we will take a closer look at what the two are, how they differ from each other, and the mildew and mold removal process.

Mildew vs. Mold – An Overview

Mildew refers to certain kinds of mold or fungus that grow flatly on the surface, while mold has an irregular growth format, going deep into whichever surface they come in contact with. Among the two, mold is much worse and much more difficult to deal with.

Molds thrive on organic matter such as clothing, cardboard, paper, and even drywall. In many instances, both mildew and mold can grow on concrete as well, but can be cleaned off fairly easily. You can see mildew on foliage quite easily as white powdery material. If you rub your finger on mildew, it will clean right off. Mold, however, is a bit more stubborn.

Mold and mildew may seem similar at first, but as you get closer, you will find that mildew is rather powdery and fluffy compared to mold, which essentially forms a ‘veiny’ infrastructure on whichever surface it latches on to.

Mildew is typically white, gray, or yellow, while mold can be many colors, especially green or black. While mildew is found on the surface of warm and moist areas, mold is found underneath the surface because of how it generally tries to avoid sunlight. When it comes to texture, mold is fuzzy or slimy.

As previously mentioned, mold and mildew both grow on moist surfaces and can spread over time. You can see mildew and mold in relatively similar places. However, each type has a preference as to where it starts growing.

You will find that mildew will mostly start growing on leaves, paper, or leather and will only grow if the surface gets wet and isn’t cleaned off for quite a while. If you reduce the humidity levels on just the surface itself, you will start seeing mildew disappear.

Mildew’s favorite place to grow is where agriculture thrives, i.e., in farmlands and on plants. Potato, grape, and citrus plants are particular favorites for mildew.

Mold, on the other hand, is much peskier and can thrive even if the surface dries up after it has grown. Along with using moisture on the surface, mold can also suck moisture from the atmosphere to thrive. Furthermore, it has a very extensive root system that dives deep into organic matter, which is why it can be so difficult to get rid of.

Mold can grow indoors and outdoors but prefers growing indoors or in the shade.

Mildew that grows on food results in rendering it useless for consumption. However, when it comes to other surfaces such as drywall or leaves, mildew will only damage the surface as long as it exists on it. The damage will mostly be water damage. This is because of mildew’s fluffy texture and how it tries its best to retain moisture underneath itself. The damage ceases when you remove mildew from the top.

Mildew spores also present health issues like mold spores, but this damage isn’t as intensive as the black mold. In front of mold, mildew is rather tame.

Mold grows a root structure long before it grows on the surface, and as it spreads, so does the network underneath. This means that mold has the capability of destroying entire structures – even concrete ones – vehicles, ground, and can cause long-term health problems. One of the worse (and at the same time very popular) strains of mold that you may have to deal with is black mold.

While mildew only causes short-term headaches and fatigue, mold can lead to asthma, long-term fatigue, joint pain, migraines, and even depression. This is precisely why you shouldn’t wait to call mold removal companies as soon as you see its signs.

Getting rid of mildew is relatively easier. All it takes is a good cleaner and a scrubbing brush (your old toothbrush will do the trick as well). You can easily tackle mildew problems yourself if you want to. Mold, on the other hand, should only be left to professionals.

You may be able to clean the surface, but because of its extensive roots, mold can grow back – with a vengeance. If you would like to learn more about the mold removal process or want to hire experts, 911 Restoration has a number of professionals that we can dispatch for you right now. So, give 911 Restoration of Northern Michigan a call today, and let’s schedule a service!